2 days ago
Third resignation hits Akufo-Addo in one month
1 week ago
Ignite unveils speakers for 2nd Mentorship Forum
3 weeks ago
WoezorTV || The Arena with Kosi Fiaka
3 weeks ago
NIGERIA 2023: Can Peter Obi get the vote spread required for victory?
3 weeks ago
Côte d’Ivoire – Ghana: Farmers vs multinationals in cocoa war

President Nana Akufo-Addo has described Ghana as the best place to do business in West Africa, urging investors in the United Arab Emirates and the private sector to make Ghana their first port of call when venturing into the Region for business.

Addressing a UAE-Ghana Business Forum on the sidelines of the Abu Dhabi Sustainability Week, President Akufo-Addo told participant that Government has since 2017 put in place measures to reduce the cost of doing business, and improve the business environment.

These measures he noted have “made the Ghanaian economy not only one of the most business-friendly economies in Africa, but also one of the fastest growing economies in the world between 2017 and 2020, averaging 7% GDP annual rates of growth, up from the 3.4% rate we inherited in 2016.”

Ghana is currently facing a crippling economic crisis leading to a slowdown in business, investment losses, high cost of living, rising inflation and a fast depreciation of its currency the Ghana Cedis. Government has had to resort to the International Monetary Fund after plunging the economy into its worst state in many decades with borrowing pushing the country’s debt to GDP to almost 100%.

President Akufo-Addo however assured the investments community that his administration is working to restore the nation onto the path of high growth rates experienced prior to the onset of COVID-19 and the Russian/Ukraine war.

According to him, the decision to go to the IMF is “to repair, in the short run, our public finances, and give credibility to our balance of payments, which have taken a severe hit in very recent times as a result of these developments.”

“I am confident that we will emerge from this with a stronger and more resilient economy”, he added.

Describing mining as a key pillar of Ghana’s economy, President Akufo-Addo said gold, which still holds its own as both a commodity and a financial asset, is, by far, the most commercially exploited mineral in Ghana, accounting for more than ninety percent (90%) of the country’s mineral revenue. 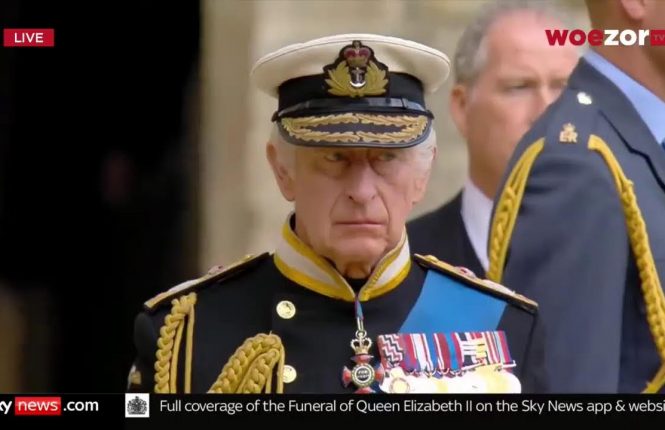